While most of us stick to the current trend when it comes to fashion, James Maina Mwangi from Nairobi, Kenya show us his mitchy-matchy style! He wears bright colours and to match his clothes, he uses matching ties, hats, and even face masks.

Through his posts in Facebook, he showed his confidence in wearing this style, which has been gaining attention! There are even photo collages where his outfit photos are placed side to side with Rihanna, a famous American singer.

In 2018, BBC News Africa reported that James owns more than 160 suits, more than 300 caps, and more than 200 pairs of shoes – not to mention his glasses, watches, and phone cases collections!

“I am the smartest man, I think in Africa – or in the world” he said to BBC.

In the video, he also told BBC News Africa that people laughed at him the first time he’s arrived to Kenya, because he only has one shirt and his father was a freedom fighter and he was poor.

He claims that when he wears a certain colour of suit, all his accessories’ colour will match, including pen, handkerchiefs and underwears!

“You have to ask God for three things to be like who I am today: taste, choice, and wisdom”
The tweet from BBC News Africa has gained 5.9K retweets and comments, and 10.7K likes.

From pink, bright green, purple, and even yellow, he’s been successfully pulling off this unique look. Without further ado, let’s check out how stylish James Maina Mwangi is! 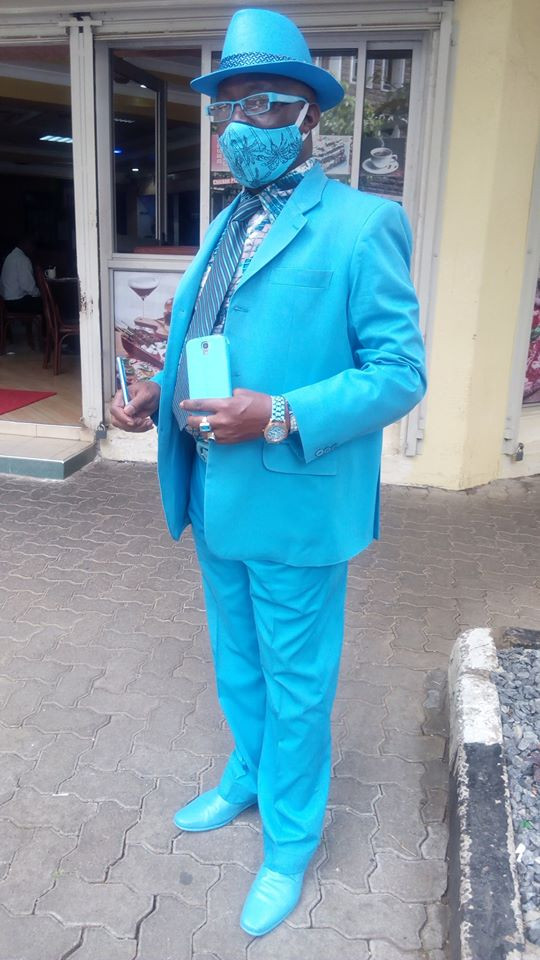 Let’s stay safe by wearing face mask, but in style! You can see his pink pen, pink watches, and even pink rings on his fingers! 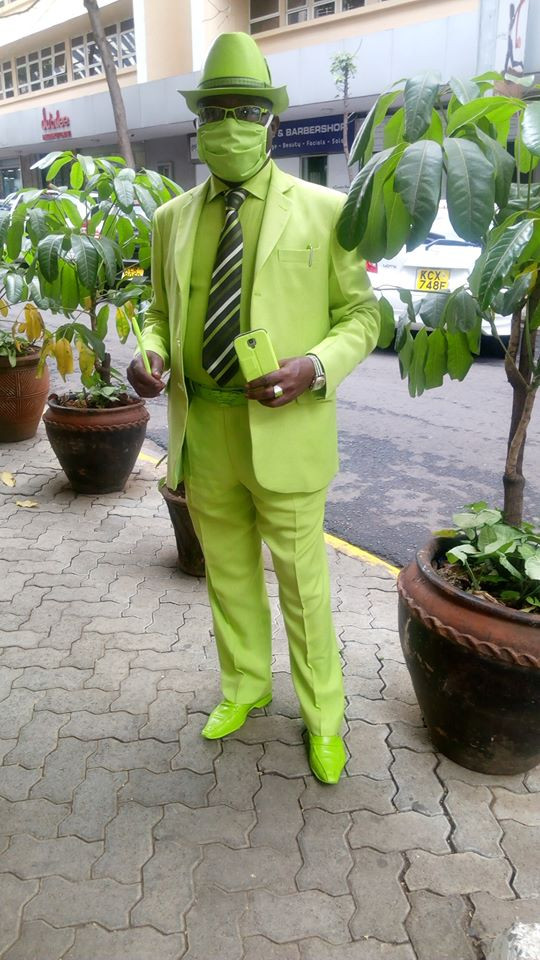 This clearly isn’t for camouflaging, since all eyes will look at him in amazement. 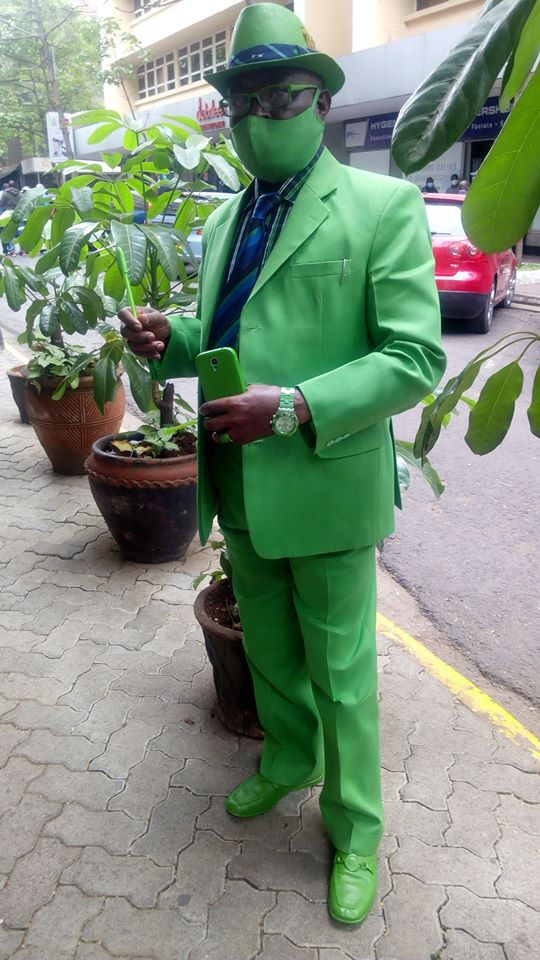 The phone cases are even in the same, exact colour with his suit. How did he get them? 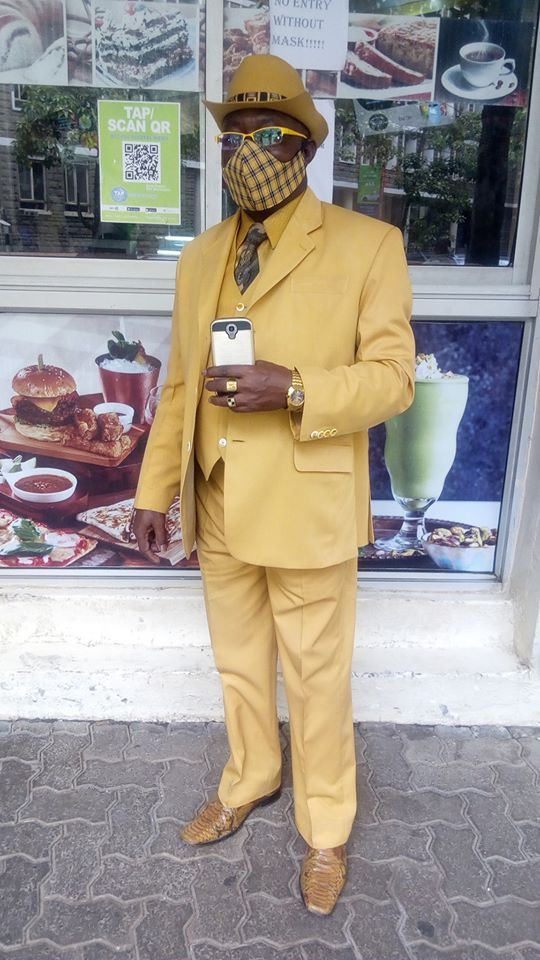 With yellow fedora, he’s totally pulling off the mustard look. This time, his tie has some yellow on it. Look at his colorful shoe! a total look. 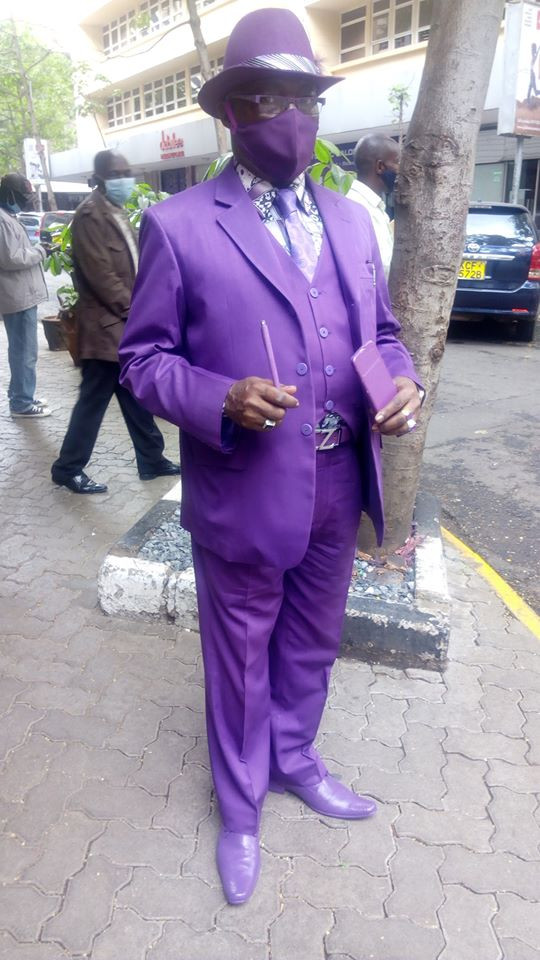 We’re convinced that he got everything customized at this point.