Omega 3 6 9: A Complete and Detailed Overview

You must be curious what's the difference between Omega-3, Omega-6, and Omega-9. Omega-3 and Omega-6 are considered essential fatty acids. They are called so because our bodies can't make them naturally.

On the other hand, Omega-9 can't be called essential fatty acid because our bodies can make them naturally. Omega 3 6 9 have their own functions and benefits. This is important to remember that each has a range of health benefits for the body.

Nonetheless, having the right combination of omega 3, 6, and 9 fatty acids into your diet is crucial. The imbalance can lead to multiple chronic illnesses.

Below is a guide to Omega 3 6 9 fatty acids, including the benefits, side effects, and dosage that has been compiled by Tripboba especially for you. Check them out now! 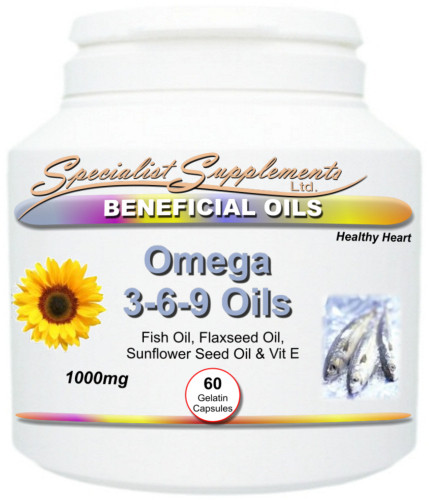 Omega 3 and 6 are the only two fatty acids we can’t make for ourselves. They’re both used by the body for growth and repair. Omega 3 and 6 help build cell membranes and are precursors to many other substances in the body, such as our hormones.

In balanced amounts, Omega 3 and 6 complement each other perfectly. While Omega 6 increases inflammation, helps your blood to clot and cells to proliferate, Omega 3 does the opposite. They both work together to keep the body in check.

Omega 9 can be used by the body where the fatty acids Omega 3 and 6 are not readily available. When you have weak Omega 3 and 6 levels, then the body should be using Omega 9.

It's going to get it done but not nearly as well. Nonetheless, as part of a heart-healthy Mediterranean diet, foods high in Omega 9 fat oleic acid, such as olive oil are suggested. The Omega 6 series parent fatty acid is called linoleic acid (LA) and is present primarily in vegetable oil. It is then synthesized into the arachidonic acid ( AA), the long-chain Omega 6 fatty acid. Far too much of AA prevents the production of long-chain fatty acids (EPA and DHA) from Omega 3.

According to Jonathan Tammam, a dietician and research scientist at the University of Oxford's Department of Physiology, Anatomy, and Genetics, Omega 6 per se is not bad for us.

But, ratios are unimportant according to Dr. Loren Cordain. It is the "total number" of both Omega 6 fatty acids and Omega 3 that decides their counts in our bodies.

The ratio of Omega 3 to 6 applies only within the context of the traditional Western diet. That's why actually increasing the Omega 3 levels isn't enough. You will need to limit the consumption of Omega 6 fats. The explanation of the variations between Omega 3 6 9 is based on the nutritionist Catherine Collins. She said: all the fats are labeled according to whether they have any unsaturated chain bonds.

For example, saturated fats derived from meat, butter, and cheese do not contain unsaturated bonds. Monounsaturated fats, such as avocado, olives, and nuts, have one that exists at the ninth double bond, and so the Omega 9 is named.

Polyunsaturated fats, such as oily fish and vegetable oils, are named based on where the first double bond exists in the fat 's carbon backbone and is either three or six.

Omega 9 fats are considered "non-essential," since they can be created by our bodies from any unsaturated fat we consume. The primary Omega 9 in our diets is called oleic acid, which is present primarily in oils like olive oil and peanut oil. Taking a decent quality fish oil supplement such as the Lion Heart of Naked Biology will help us overcome this disparity. A Lion Heart tablespoon offers you a minimum of 3,500mg of omega 3 plus a whopping 2,000mg of EPA and 1,000mg of DHA.

It's a pleasant way to balance all the Omega 6 with only a touch of Sicilian lemon, plus it has been given a 5-star ranking by International Fish Oil Guidelines (IFOS) and you know it's contaminant-free.